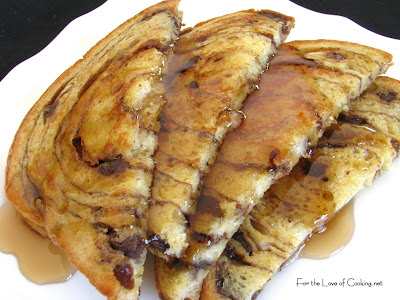 This is my kids’ very favorite way to have French toast. I use cinnamon raisin bread dipped in egg that I add cinnamon, vanilla and milk to. It’s served with butter and maple syrup and it puts a smile on my children’s faces every time – my husband’s too. I love that it’s so delicious, easy to make and has little clean up. It’s a great way to make breakfast a little more special.

Cinnamon Raisin Bread French Toast:
Recipe and photos by For the Love of Cooking 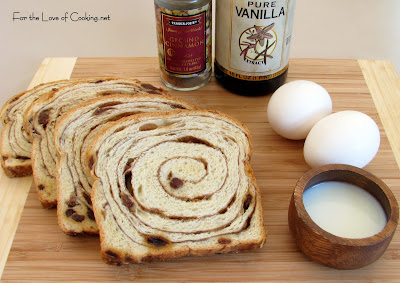 Heat a large skillet coated with cooking spray over medium heat. Mix eggs, vanilla, cinnamon and milk together thoroughly. Dip each slice of bread (on both sides) into the egg mixture then place in hot skillet. Cook 2-3 minutes on each side until they are golden brown. Serve with butter and maple syrup. 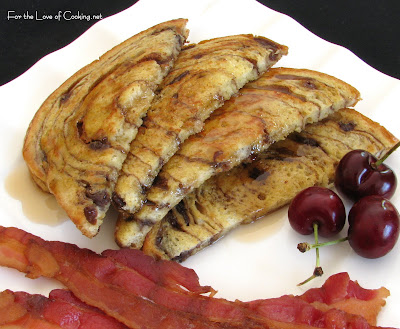