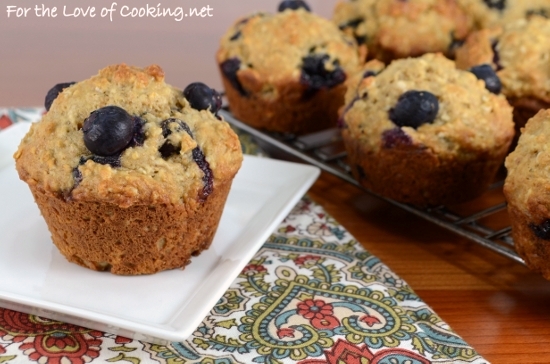 I decided to surprise my kids with a tasty and healthy after school snack. I found a Betty Crocker recipe for these muffins and gave it a try. I adapted the recipe by using Greek coconut yogurt instead of plain and I used coconut oil instead of canola. After getting the batter together it seemed way too thick (probably because I used Greek yogurt) so I added an extra egg. The muffins smelled delicious while they baked and turned out to be really pretty. My kids had huge smiles on their faces when they were greeted with a plateful of these muffins when they got home from school. They both said they were moist and “super tasty”. They asked if they could have them for breakfast in the morning – I guess that means they were a hit. 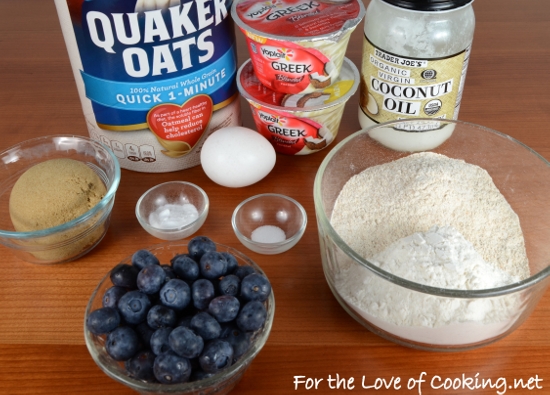 Combine the flours with the baking soda and salt then mix well. In a large bowl, combine the yogurt with the oats along with the eggs, brown sugar, and coconut oil then mix well. Add the flour mixture to the yogurt mixture and mix until just combined. Add the blueberries and mix gently.  Evenly scoop spoonfuls into the prepared muffin tin – it will be thick. 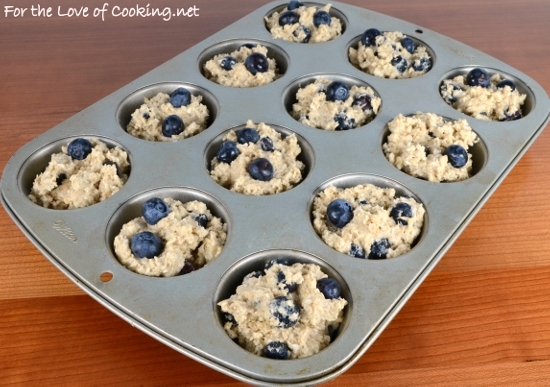 Place into the oven and bake for 18-20 minutes, or until a tester inserted into the center comes out clean. Remove from the oven and let them sit for a few minutes before removing them from the tray and placing them on a cooling rack. Enjoy. 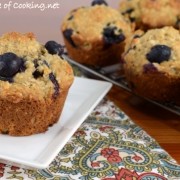