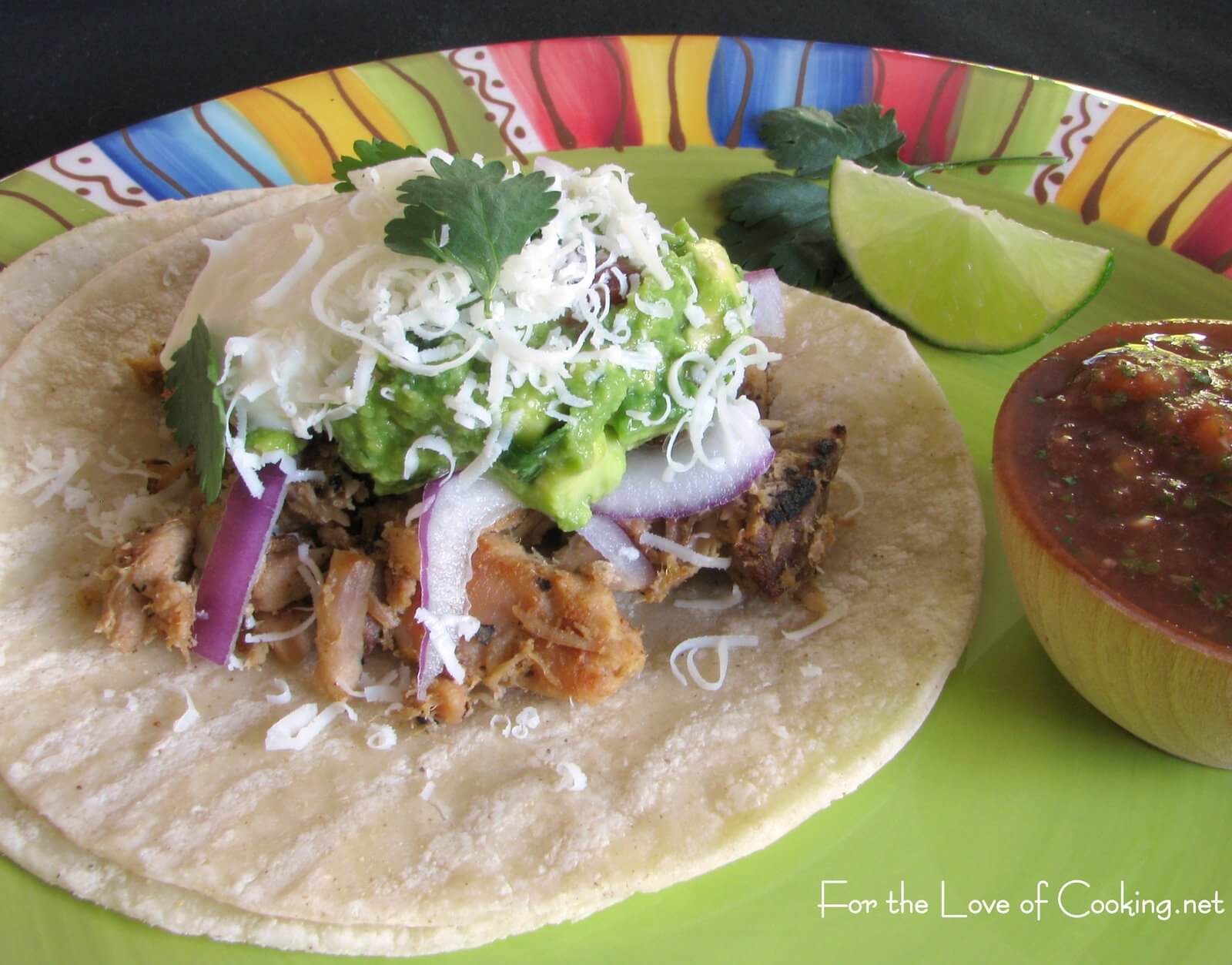 Oh how I love carnitas. I have never tried making them before but when I saw this recipe on one of my favorite food blogs, Noble Pig, I knew I would make it. The recipe is originally from Martha Stewert Everyday and it looked and sounded so good. I was unable to find pork shoulder so I used pork loin, which was a big mistake. The meat turned out amazing when I first served it but it later dried out for leftovers, it just didn’t have enough fat. I will make this again and again but will only use pork shoulder or pork butt from now on. The flavors were simple and perfect and it was much easier to make than I thought it would be. I served these tacos with guacamole, sour cream and salsa and we all really loved them. Thanks Cathy (and Martha) for an excellent recipe!

Pork Carnitas:
Recipe and photo by For the Love of Cooking
Recipe adapted from Noble Pig and Martha Stewart’s Everyday Food 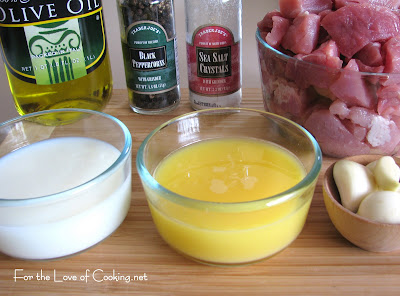 In a large Dutch oven over high heat, combine pork, garlic, sea salt, pepper, and 8 cups of water. Cover and bring to a boil. Reduce heat to a medium low and simmer covered for 45 minutes. Drain well. In the same Dutch oven, heat the olive oil over medium-high heat. Add pork, 1/2 cup fresh orange juice and 1/2 cup milk then cook, stirring occasionally, until liquid has evaporated and pork has browned, about 8 to 12 minutes. The pork will start browning after liquid has evaporated. Season well with sea salt and pepper, to taste. Serve carnitas in corn tortillas with cilantro, red onion, guacamole, sour cream, salsa, cotija cheese and fresh lime wedges. Enjoy. 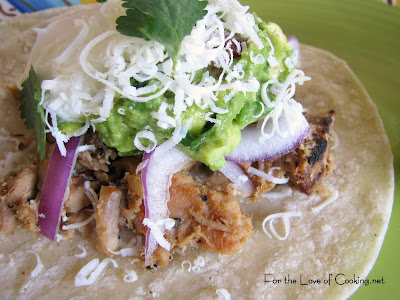