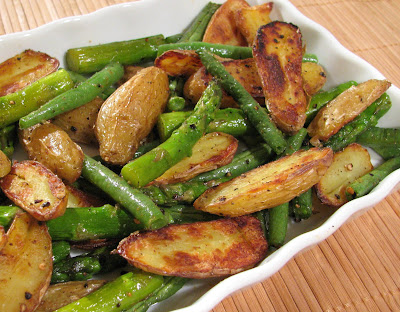 Sometimes simple is best. I wanted to roast some veggies and fingerling potatoes to go with a flank steak I was grilling. I thought of all the flavor combinations of herbs and seasonings that would be really tasty but in the end I decided to use olive oil, sea salt and fresh cracked pepper. It’s all they needed! The flavors were simple and wonderful. The potatoes had a nice crunch outside while remaining soft inside; the vegetables were perfectly cooked. We all really loved this side dish, especially me. It went very well with flank steak and a tossed salad. 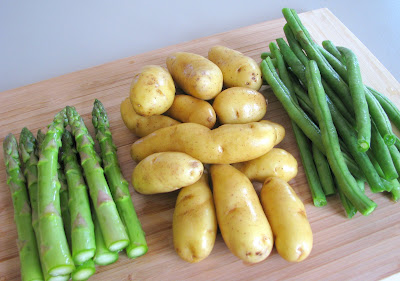 Par-cook the fingerling potatoes for 5-6 minutes in a large pot of boiling water. Remove from water and let cool. Line a baking sheet with tin foil for easier clean up then spray with cooking spray. Slice the potatoes into half, lengthwise and put on the baking sheet, drizzle with half of the olive oil and season with salt and pepper to taste. 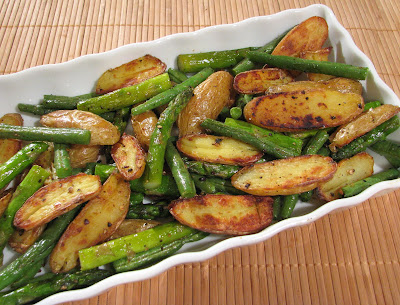