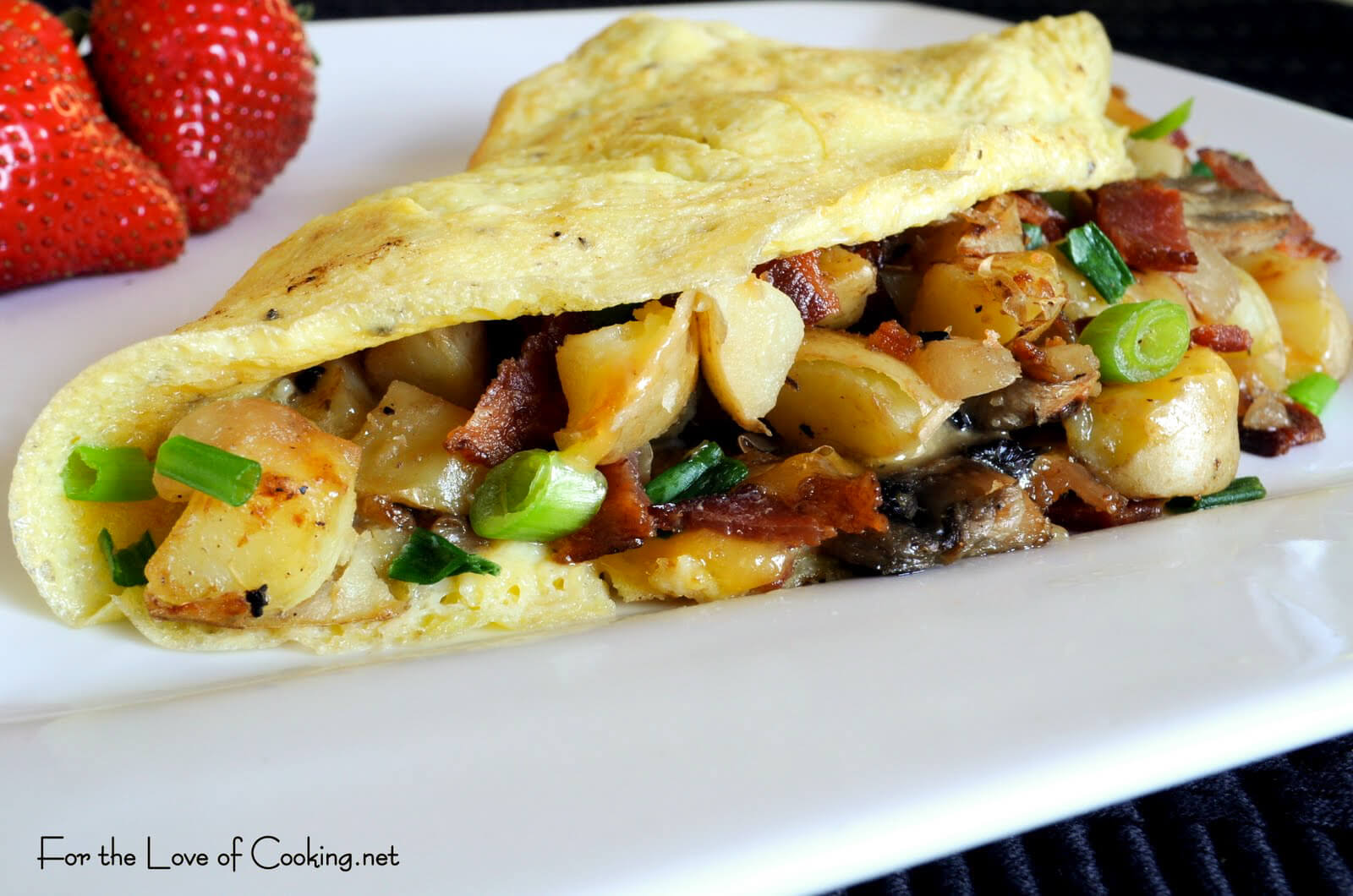 When I was growing up there was a restaurant in my town called The Kitchen. It had so many amazing breakfasts but my very favorite was the Peasant Omelet. It was a very thin omelet filled with potatoes, cheese, bacon, and green onions. It was simple, hearty, and delicious! I wasn’t in the mood to cook a big dinner (again) so I made omelets. I cooked up some baby potatoes with onions and mushrooms. Then I made a very thin two egg omelet stuffed with the potato mixture and cheddar cheese. My son and I split one for dinner and we devoured every last bite. My husband LOVED his and my daughter, who isn’t a fan of eggs, loved the potato mixture but wouldn’t try the omelet. Her loss! 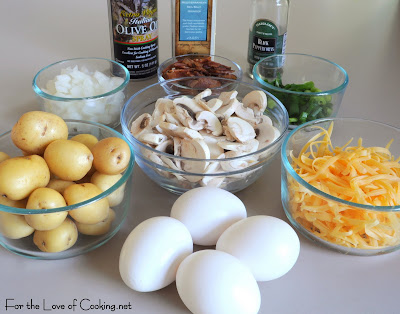 How to Make a Peasant Omelet with Potatoes, Mushrooms, Bacon, and Cheddar

Boil the baby potatoes in a pot of water for 4-5 minutes, or until fork-tender. Drain the water and cut the potatoes into quarters once they have cooled.

Meanwhile, cook the bacon then remove it from the pan once it’s crispy. Set on paper towels to drain the grease then chop into crumbles. Set aside.

Add the diced potatoes, mushrooms, and sweet yellow onion to the skillet with the bacon grease and cook on medium-high for 10 minutes or until the potatoes and mushrooms are golden brown and the onion is tender. Remove from pan and set aside.

Clean the skillet out with a paper towel then spray it with cooking spray. Turn the stove to medium-low and turn the broiler on in your oven. Crack two eggs into a bowl and whisk until well blended; season with sea salt and freshly cracked pepper, to taste. Pour the egg mixture into the skillet and swirl so the pan is evenly coated with the egg.

Once your egg is starting to set, sprinkle some cheese on top of half of the egg mixture then spoon on some of the potato and mushroom filling then top with green onions. Move the skillet to the oven and place it on the top rack (don’t put the handle in the oven if it’s not oven safe) and let the broiler cook the top part of the egg, it takes only 30 seconds or so.

Remove the pan and flip the other part of the egg mixture on top of the potato mixture. Slide onto a plate and serve immediately. Enjoy. 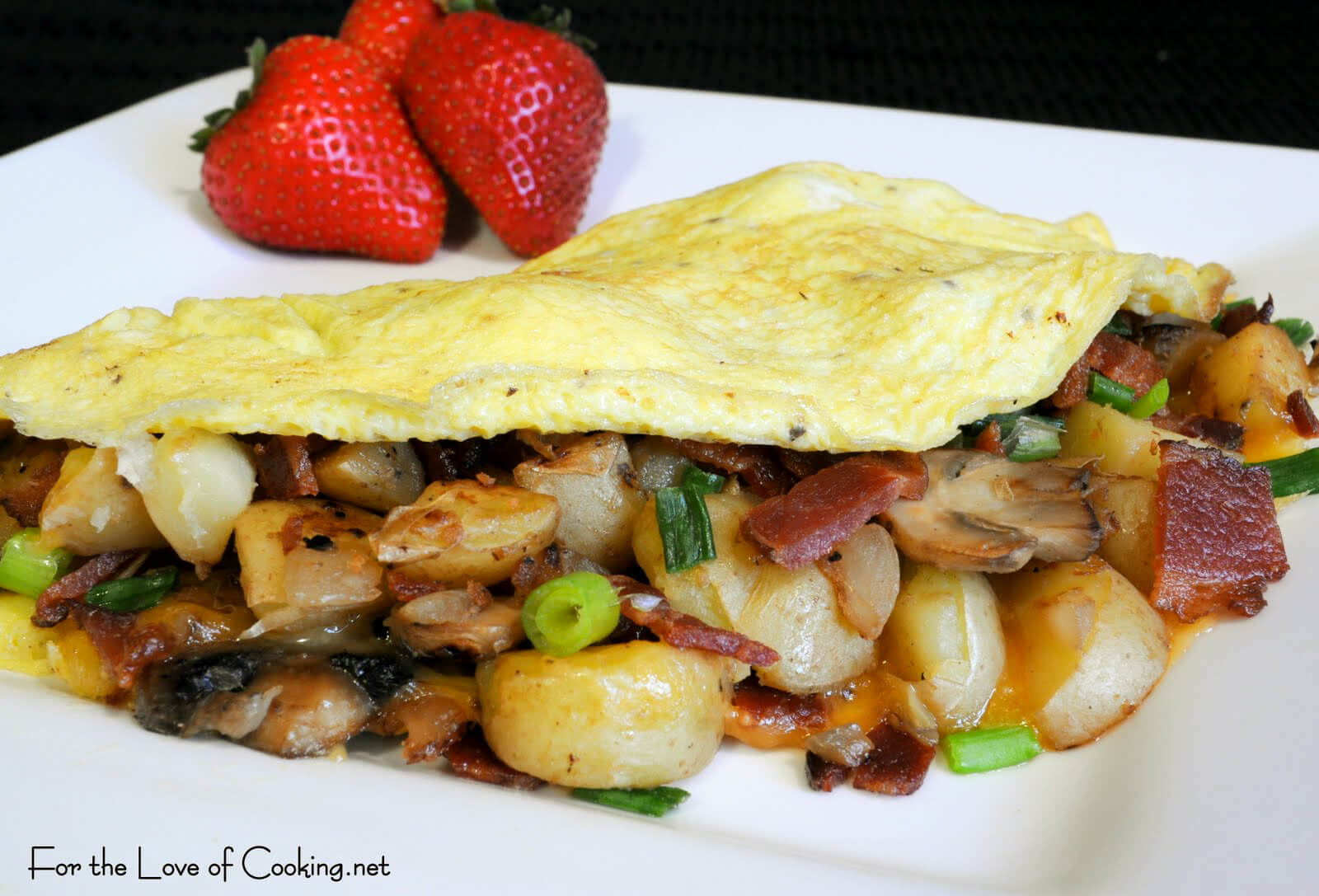 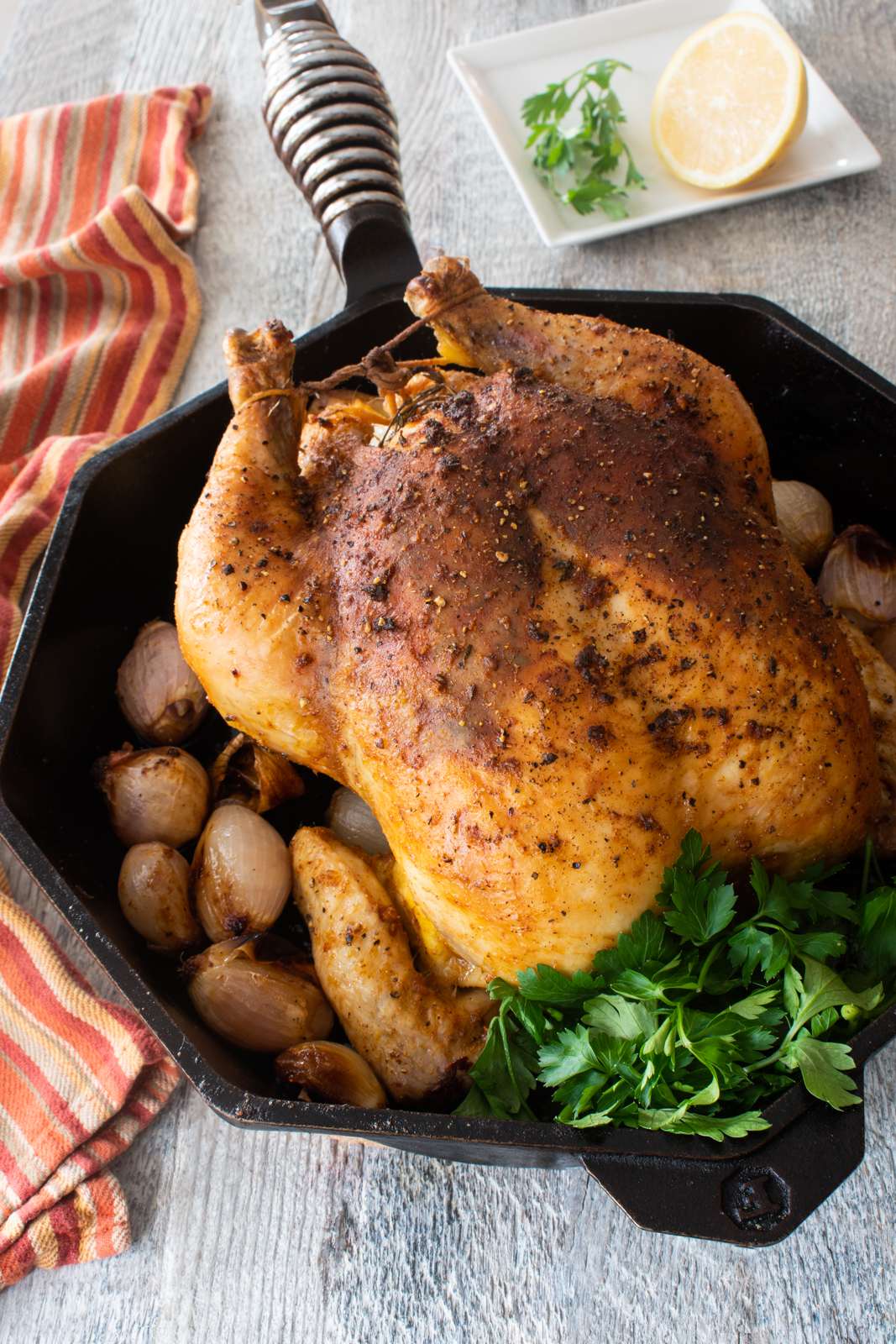 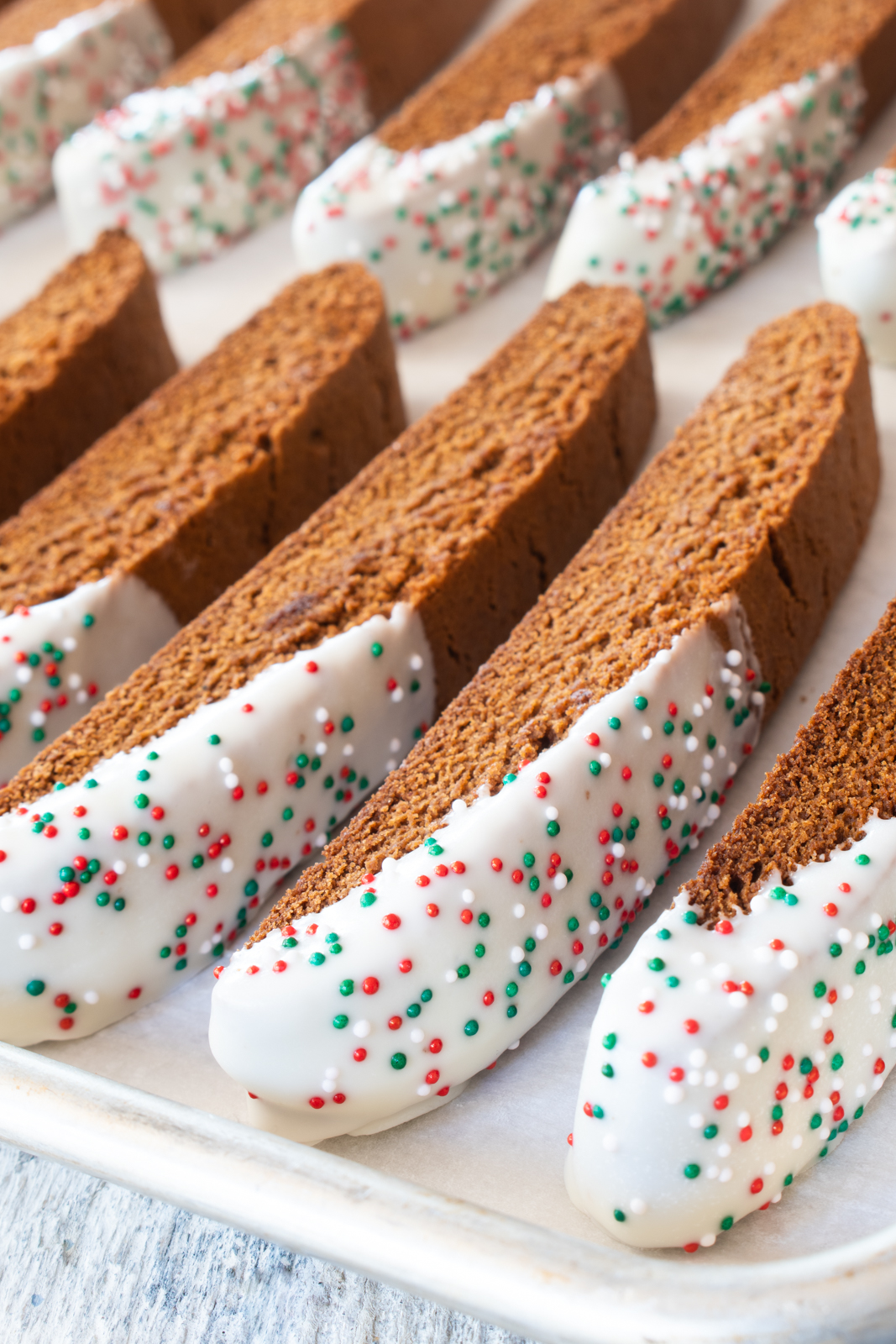